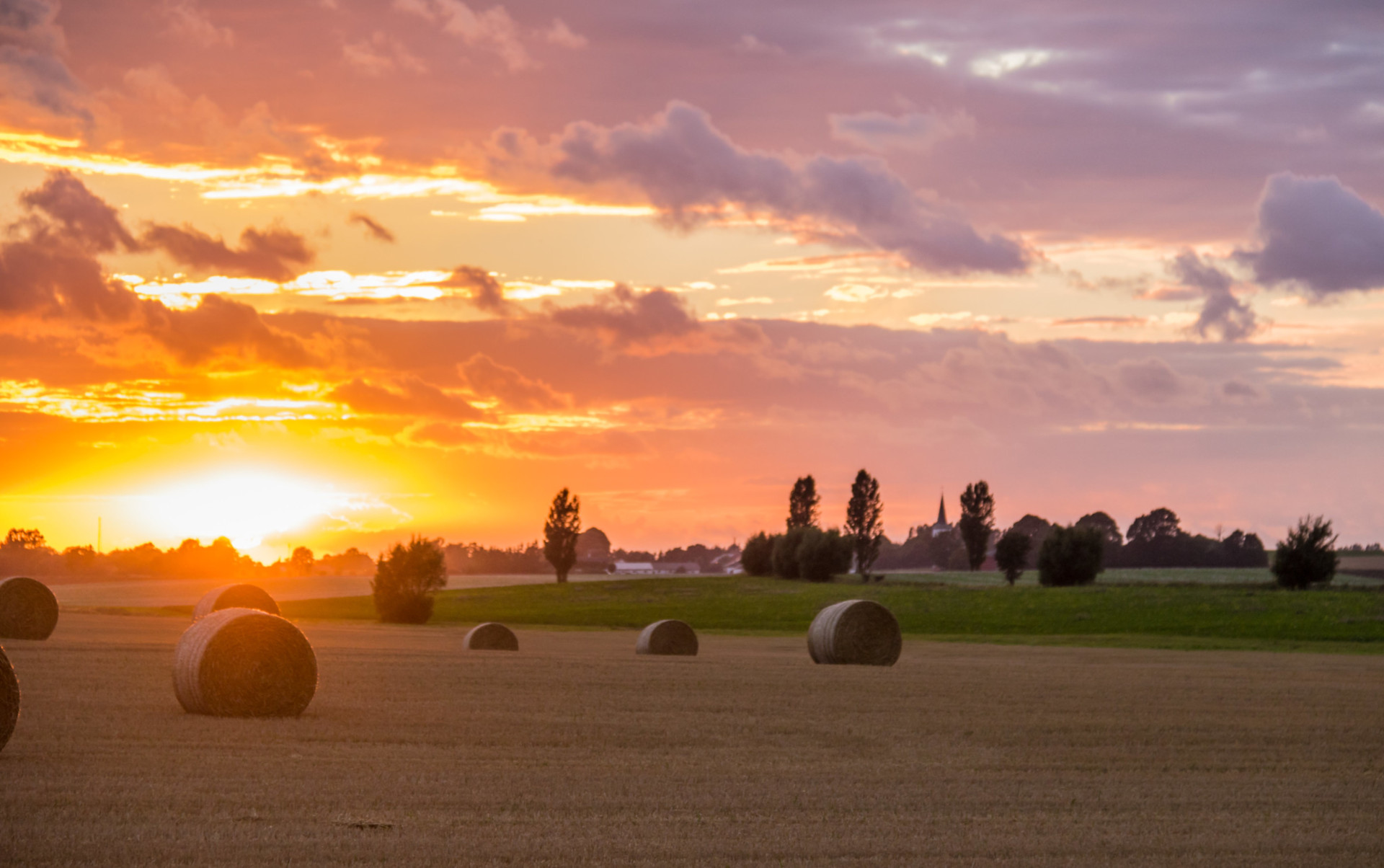 Attracta Fahy‘s chapbook, ‘Dinner in the Fields’ has been my close companion in lockdown.  I have lived the East Galway landscape through the words – all that golden warmth, long summers, the texture of grass, hay and stone . . . In Killererin, graveyards lose their spectral frames, become part of the community, and through childhood memory they will live forever.  These sensations of light and life were further enhanced by Attracta’s online reading for Fly on the Wall Press on Friday, 19th June.

It was a joy to hear about Attracta’s love for the land, her affinity with local history and her enduring connection with childhood friend Norrie. The first poem read, called ‘Vigil’ introduces us to the parish, acting as a walkway ‘over the five ‘fairy forts’ and ‘church stiles’, acknowledging a traditional, strong belief in God, and the stone, which still has such presence, despite being only noticeable in ‘faint outlines . . . hidden in ruin’. The description ‘time’s watermark’ is indelible, certain proof of Killererin’s history.  And then, the calling out of names at the end (revealed by Attracta to include the names of her grandparents) is an affirmation of the people who lived that history.

When Attracta read ‘Our Sleeping Women’ the spirits of her grandmothers were revived.  In the poem, their encouragement from the grave is made vocal, as they urge their granddaughter to be heard: ‘scream yourself into your body’.  It’s almost as if they can move into her physical form through this intense means of communication.  At last, a truth underlined by survival instinct is uttered: ‘the only real home yourself.’

I was delighted when Attracta shared the title poem ‘Dinner in the Fields’. The openness of the fields is a welcome and that sense of sunshine and belonging could be felt on a deeper level when hearing them in the author’s voice.  I love that central image of taking refreshment in the outdoors, as if the food is more than an offering to the workers, is perhaps an offering to the land, too.  Also, that final picture of ‘bodies stretched in the light’ – shadows as an echo of all those tired bodies have achieved.

A poem I did not hear, but would like to highlight as my favourite from ‘Dinner in the Fields’ is ‘Fall on Me’. This poem speaks so clearly to me, as I am also a mother and can see those moments of parting ahead of me, can only imagine how terrifying it must be to let a child go.  The image of the 2 year old little boy, watching his mother with his new sister, and the line from his own language ‘I darling a mama’ is particularly affecting. My eldest daughter was not quite two when her sister was born and although still so babyish herself, was quick to adapt to a new, protective role. There is a spine-tingling end to the poem, when the boy is given his voice again ‘there are black holes out there Mum, and when you go through them, there are other beautiful worlds.’

‘Dinner in the Fields’ is a chapbook to hold to your heart and is available to purchase from publisher, Fly on the Wall.  Attracta’s reading can be viewed here.