I feel like I’m caught up in a writing whirlwind at the moment.  Lots of words are swirling around me – some, taking the form of poems, some, stories and many, (although sometimes it feels like not enough) are combining to take the shape of a novel.

It’s great to have lots of ideas but in this situation I sometimes feel as though I’m snatching at my work and failing to give myself deadlines.  It’s quite unsettling.  I know I just need to sit down and work out more of a fixed routine for myself, but I have a strange aversion to this.

It might be easiest to take control of the poetry.  I have a few pieces sitting around, waiting to be submitted so I need to just do that – give them a final check, print them, send them, done.  I’ll let you know when it’s over . . .

The main short story I’m working on drifted into my mind the other day, as my husband and I were driving through fog.  It started as a written observation:

‘The road narrows and the fog hangs in, like dragon breath.  We’re on a nameless diversion – no signposts, not even sun to mark the horizon.  Houses float out, make themselves known against white.  If people live here, it can’t be so desolate.  But the road shudders its way into the car, into our bodies, until we exclaim.  Our eyes find the dirt, not even a hint of a white line.  We could not live here . . .’

I’m developing this idea into a full length short story, full of creepiness!  The challenge will be to keep the atmosphere and not wander into creating anything too over the top.  It should be interesting!

As for the novel, they say you should tell everyone you’re writing one.  Then, you’ll have lots of people asking ‘ so, how’s the novel going?’ and you’ll be shamed into scribbling a healthy word count, just to avoid living a lie. Currently, the only two people asking me how it’s going are my husband and my mum, so I feel I should make some sort of statement, like ‘HELLO WORLD, I’M WRITING A NOVEL’ and a big ‘cyber wave’ (if such a thing exists).

This isn’t the first novel I’ve worked on.  In fact, the first long piece of fiction I ever completed was called ‘Sue, The Ruler of the Moon’ and was written when I was around ten years old.  I couldn’t give you an exact word count – my aim was to fill my notepad and the aim was achieved.

A couple of fantasy novellas followed in my teenage years and early twenties.  In my mid twenties I was reading a lot of women’s fiction – I think it was a bit of a rebellion, post English Literature degree.  I was inspired to write a novel in that genre, called ‘Single White Rose’ and duly submitted it to agents.  The best response I got was ‘I love the title, but we are a small agency, working to full capacity.’

Undeterred, I set to work on a second novel called ‘Cinda Wakes at Midnight’.  I had a lot of fun writing it.  There was a goblin prince, frogs in a boutique and a magic mouse . . .but I ran out of steam at 60,000 words.  I always meant to go back and finish it, but eventually decided it was better to move on to new projects.  That was back in 2005 and I haven’t written a novel since.  Until now.

So you can understand that this is a pretty big deal for me.  If you are interested in hearing how the novel is progressing, well, the pace is slow but steady.  I’m making sure I get the main story down, before filling in all the gaps.  I have some strong characters and they know where they’re going – even if I don’t!  My genre is literary fiction.  Through writing a lot of flash fiction over the past year, I’ve rediscovered the way my love of poetry can also feed into my prose work.  I think it compliments this kind of story, where love and landscape combine to evoke strong feelings and tangible atmosphere.

So, phew!  I’ve plenty to be getting on with as I head into spring.  I’m keeping an eye on the countryside around me, as one of my main characters is a farmer and I want to be able to authentically depict his routine and seasonal tasks.  Wish me luck! 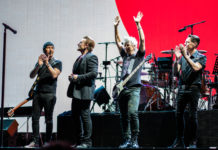